Long considered a beacon of happiness around the world, Walt’s Disney’s original Disneyland Park reopened to the public on april 30, along with Disney California Adventure Park. Guests entered the theme parks filled with joy and excitement as they discovered the magic is here once again, as enchanting and timeless as ever

Just prior to the gates of Disneyland opening for the first time in more than a year, Chief Executive Officer of The Walt Disney Company Bob Chapek participated in the daily ceremony to raise the American flag and shared brief remarks of inspiration for the cast members who were preparing for the momentous day.

Chapek expressed his appreciation for the spirit, persistence and patience cast members have shown over the past 412 days, and he noted that appreciation is shared by guests. “We’re not just another place, we’re not just another theme park. We’re something special, and we’re something special because of all of you, because you bring magic to the world,” he said. “Our guests crave the Disneyland experience because of your special brand of care and attention.”

This is an official reopening caps a historic week that began with a special moment to acknowledge and celebrate the contributions of the Resort’s cast. In this heartfelt presentation on Disneyland Park’s Main Street, U.S.A., Josh D’Amaro, chairman of Disney Parks, Experiences and Products, and Ken Potrock, president of the Disneyland Resort shared messages of optimism and gratitude to the cast members of the Disneyland Resort. 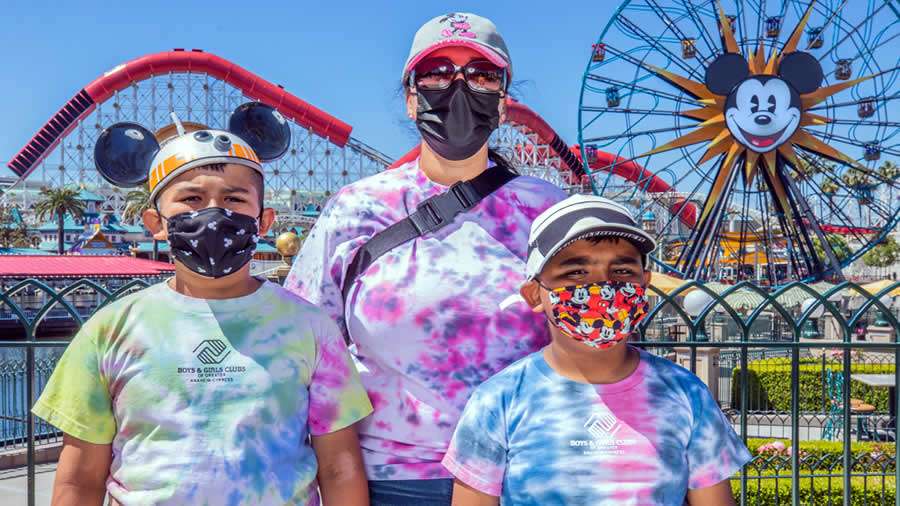