Mayor Bill de Blasio and NYC & Company announce the largest-ever $30 million marketing campaign for tourism recovery.  NYC & Company predicts 36.4 million visitors for 2021, recovering more than half of 2019 record volume; 110,000 hotel rooms are expected to be available for reservation before the end of the year.

“Tourism accounts for hundreds of thousands of jobs in this city, and building a recovery for all of us means welcoming tourists back to the greatest travel destination in the world. The ‘NYC Reawakens’ initiative will show travelers everywhere that New York City is not only ready to host them – it’s creating a fairer, better, and more vibrant city than ever before,” said Mayor of the City of New York Bill de Blasio.

“As the ship turns toward tourism recovery, we’re pleased to present ‘NYC Reawakens’ as a call to action to

encourage visitors and meetings delegates to plan and visit the five boroughs this year and experience the City's unmatched energy, excitement and dynamism. With a packed cultural calendar, world-class hotels, a new outdoor dining scene and so much more, visitors can experience the best of everything right here in New York City. We’re so grateful to be collaborating with Mayor de Blasio to launch this unprecedented marketing campaign later this Spring to draw visitors back to the greatest city in the world,” said NYC & Company President and CEO Fred Dixon.

"Tourism is one of the pillars of our economy, there is no recovery without it. I applaud the Administration and NYC & Company taking the initiative with the ‘NYC Reawakens’ campaign and making a proactive investment in our recovery and our future," said New York City Council Member Paul Vallone. 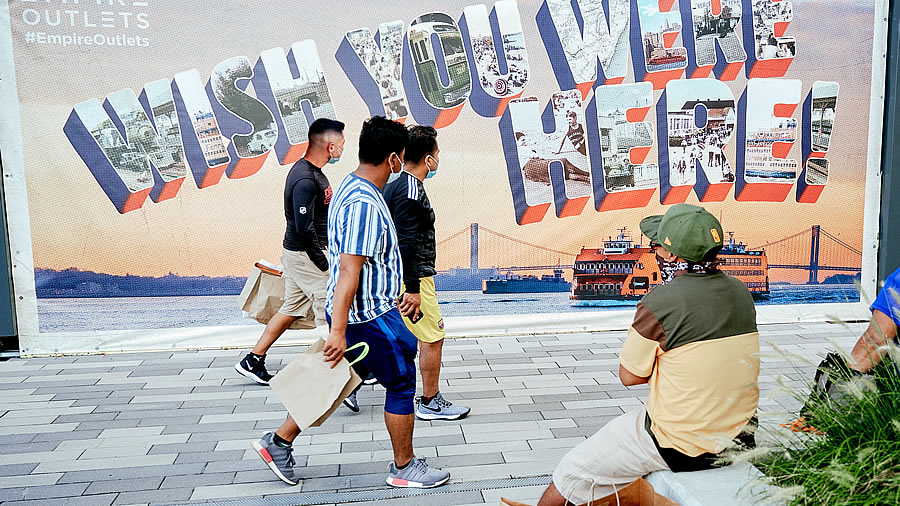 Even before the new $30 million global marketing campaign launches, today NYC & Company is kicking off a new “Wish You Were Here in NYC” initiative, encouraging New Yorkers to inspire their friends and family to visit New York City with a personalized email invitation through NYCgo.com.
During today’s press conference, in pre-taped video montages, NYC & Company’s Dixon and Union “New York is always a leader, and this investment in reigniting the City’s tourism economy signals a deep commitment to the importance of bringing back travel and the millions of jobs it supports,” said U.S. Travel Association President and CEO Roger Dow.

At today’s press conference, NYC & Company announced the dates for NYC Summer Restaurant Week—the popular program will run from July 20-August 15. NYC & Company also reinforced its commitment to promoting the City’s vibrant multicultural offerings, including the recently launched “The Black Experience in NYC.” Latino and AAPI content will also be rolled out later this year on NYCgo.com.
NYC & Company also provided a summary of New York City’s new 2021 developments and openings including hotels, restaurants, attractions, retail offerings, meetings venues and more—for a sampling of this content, media can access the press release, “10 Ways to Experience What’s New in NYC” For meetings delegates, a newly-expanded Javits Center awaits along with attractive hybrid meetings venues throughout the City. A “Meet Local NYC” campaign recently launched by NYC & Company calls on local corporations and businesses to hold their next meeting or retreat in the five boroughs. On the hotels front, 110,000 rooms are expected to be available in the City’s inventory by year’s end.